Best known for his award-winning mandolin playing, Kentucky-born Sam Bush is a multi-instrumentalist and bandleader who has influenced generations of American acoustic music artists. Growing up with American fiddle tunes and bluegrass music, Bush eventually looked to expand upon these traditions, helping create what became known as newgrass. He has won four International Bluegrass Music Association (IBMA) Mandolin Player of the Year Awards, and was given the Lifetime Achievement Award for Instrumentalist from the Americana Music Association. This is Bush’s SMF debut with his band, although he did appear in two productions in the 2005 season: Mando Madness and in concert with Mike Marshall and Edgar Meyer (with whom he still tours regularly). Bush and his band are set to play selections from his recent tribute to the late John Hartford, his longtime friend, collaborator, hero and mentor.

Dobro master and 14-time Grammy Award-winner Jerry Douglas has reinvented the instrument in countless ways since first hearing Josh Graves play it with Flatt & Scruggs. Douglas incorporates elements of country, bluegrass, rock, jazz, blues, and Celtic into his distinctive musical vision. A three-time Country Music Association (CMA) Musician of the Year award recipient, Jerry Douglas is an innovative solo artist and bandleader for The Jerry Douglas Band and his Grammy Award-winning bluegrass band The Earls of Leicester. Douglas was also a member of Alison Krauss & Union Station, J.D. Crowe & the New South, The Country Gentlemen, Boone Creek and Strength In Numbers. He is a National Endowment for the Arts (NEA) National Heritage Fellow, and has served as the Country Music Hall of Fame and Museum’s Artist-in-Residence. Douglas has appeared in seven previous SMF seasons since 2007, two of which were with The Earls of Leicester. 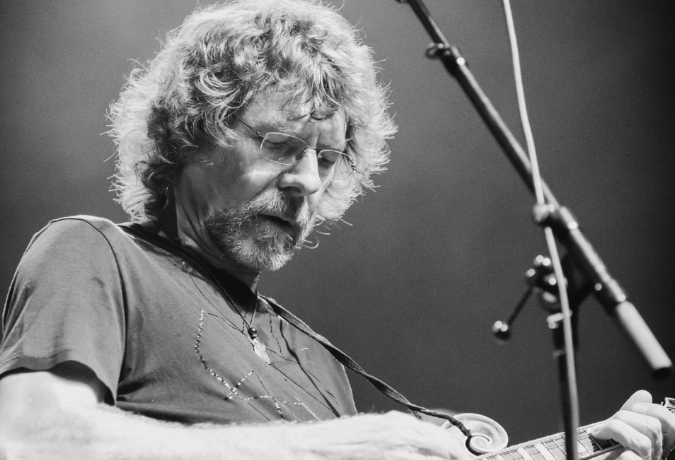